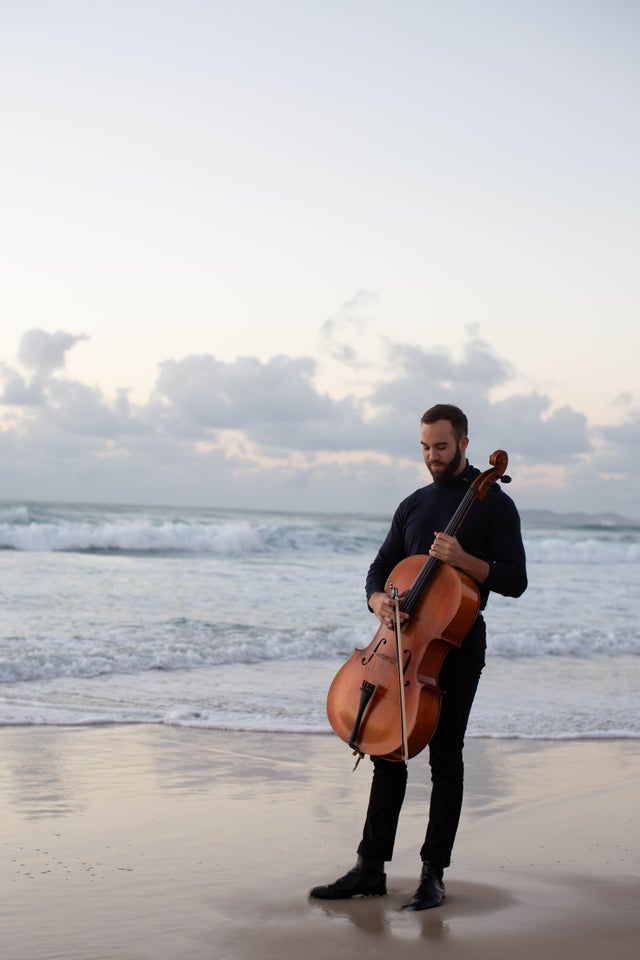 A River Flow - Sounds of the Brunswick Heads River

Title: A River Flow - Sounds of the Brunswick Heads River

A River Flow follows a day in the life of the Brunswick Heads River. Throughout the soundscape, the river converses with local wildlife, birds soaring majestically in effortless circles above, the winds, the ocean mouth, and the pulse of the Brunswick Heads village - the life of the river deriving purpose from it's source and the lives it nurtures. A dance between stillness and the movement of an ever-wavering tide, the work aims to connect listeners to the sounds of their natural environment through surfacing harmonies, rhythms and melodies that often go unnoticed.

Add to Cart
Conrad Hamill is an accomplished cellist, soundscape artist and composer. Since graduating from the Sydney Conservatorium of Music in 2015, he has performed and created widely across the classical, commercial and cabaret industries. Always drawn to the power of music to connect the listener to self and their community, Conrad has begun performing and composing soundscapes to support mindfulness, meditation and movement on a journey to transform how audiences listen and experience classical music. He has performed concerts to audiences that are able to sit, move freely or lie down, created soundscapes for live yoga and meditations and has delivered a 2020 TedXSydney talk on the power of music to connect us to the natural environment, among countless other guest performances and installations across the country.

Over 2020, Conrad took the unexpected clearing of his concert schedule to relocate to the Northern Rivers where he has worked with local artists, yogis and storytellers to explore his own artistic voice. A series of works conceived here in Bundjalung country are set to be released in an album later in the year.

While now calling Melbourne home, as things reopen, Conrad aims to spend plenty more time sharing and creating more music in the Northern Rivers. He is available for solo cello performances, collaborations with artists and storytellers, cello yoga and soundscape commissions and you are able to reach him through conradhamillmusic@gmail.com